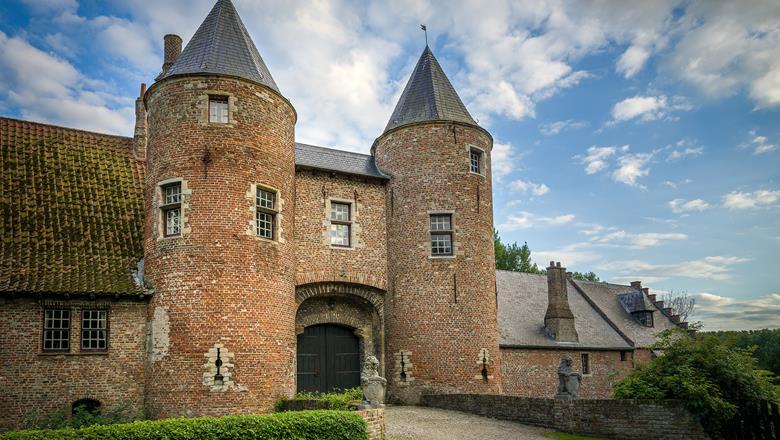 About 1300, a fortified brick private tower was pulled up. At the end of the 14th century, a "Nederhof and a "Opperhof", both surrounded by moats, was built. In 1938, Baron van der Elst rebuilt the decayed castle. The ramparts were deeped again, the stone entrance bridge was repaired and the west wing was replaced by an elegant building in Renaissance style. At the same time, the former foundations of the ring-wall and the donjons were raised. Today the raised foundations do duty as an ornement and a footpath, laid out by the Netherlandisch garden architect Mien Ruys.

This location is only accessible during events or with a guide.