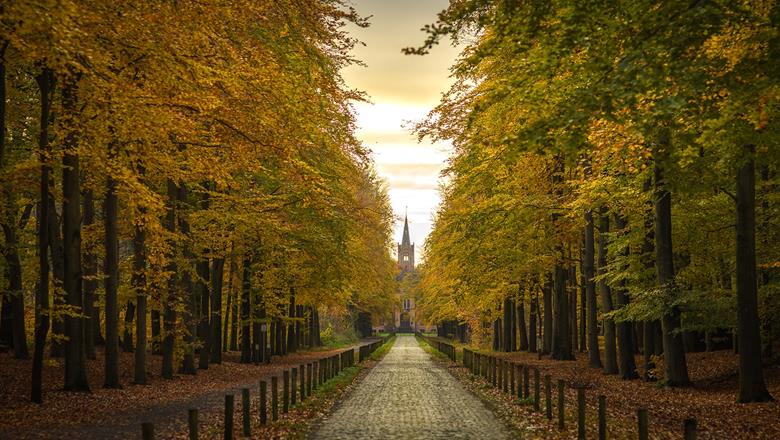 Originally a fortified farm, dependent on the manour of Male. The oldest mention dates from 1487. During the French government after 1790 the local priest Pavot went here into hiding. He had refused to take the oath of fidelity to the French Republic. At close distance of the still existing farm, a new castle in Neogothic style was pulled up in 1913-1929 by Baron Gillès de Pélichy.

In 1956 the Centre for European and International Education was founded under the management of E.P. K. Verleye.

This restful domain is surrounded by nice alleys and extensive woods, a place for passive recreation. You can find here possibilities for lodging and conference rooms.