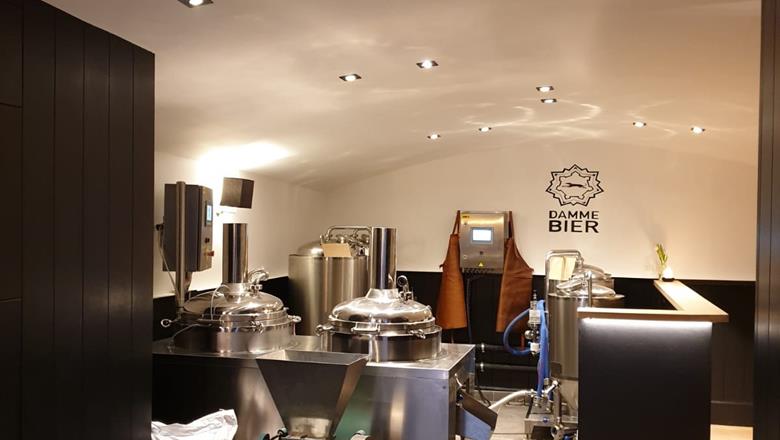 Microbrewery and distillation of the Damme brewers in restaurant Mout

Already in 1646, beer was brewed in Damme by the Augustinian Fathers.
The mystic of history, coupled with the power of the future, brewed on Damme's foundations.
The tradition revived here in the shadow of the town hall by Dieter Mestdagh and Kurt De Fauw, Damse Brouwers.

With the Damme Blond, Damme d'Or and Damme Noir ( in cooperation with top chocolatier Dominique Persoone), which are recognised as 100% West FFlemish regional products, the Damse Brouwers have 3 beers that are on the menu in several Michelin-starred restaurants in the Bruges regions.

With the 100% West Flemish local product recognised Damme Blonde, Damme GOld and Damme Noir ( in colaboration with topchocolatiers Dominique Persoone) have the Damse Brouwers 3 beersthat in the Bruges surroundings in multiple star business are on the menu.

The microbrewery is part of the restaurant Mout .

directly through the brewery