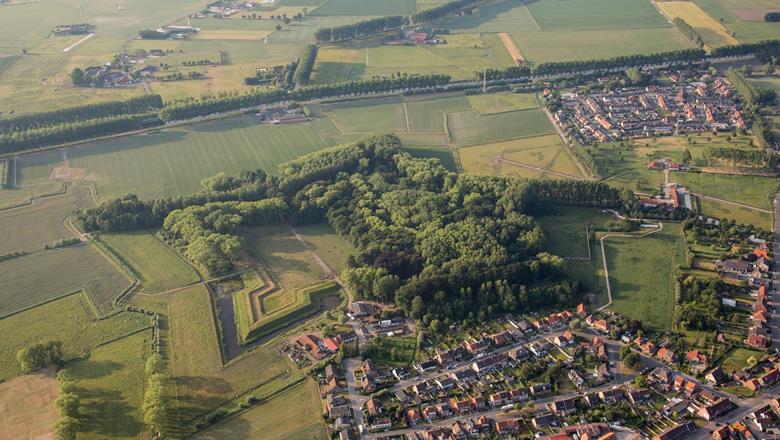 Remains of an earthen fortress from the beginning of the 18th century and the site of a castle demolished in 1956. In 1998, the domain was purchased by the province.

A network of paths introduces the visitor to a varied landscape with, in particular, woods, meadows, earthen ramparts, partially overgrown canals, the remains of a walled vegetable garden, a farm complex and crooked Marilandica poplars.

To the north of the fort, between the Damse Wegel and the Damse Vaart, a bicycle connection was constructed along the outer wall of the fort.

The earthen fort, probably dating from 1704, consists of a double defensive belt. The inner fort is surrounded by high earthen ramparts and a wide moat. The outer belt is largely levelled.