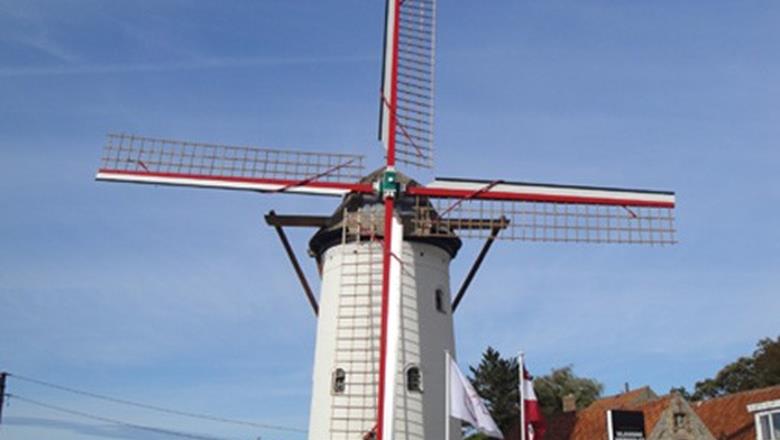 The mill of Hoeke is a stone ground-sheeter, which was pulled up in 1840 on a little, artificial hill.

In 1936 the mill ceased with grinding. In 1981 the mill became a protected monument and came under the government of the Flemish Society. In 2001 they conclude a rent-charge convenant with 'Erfgoed Vlaanderen' to maintain the mill.

This location is only accessible on every first and third Sunday of the month, from 10 a.m. to noon.

The mill of Hoeke is inaccessible for visitors due to road works. The road works will last until the end of 2017.