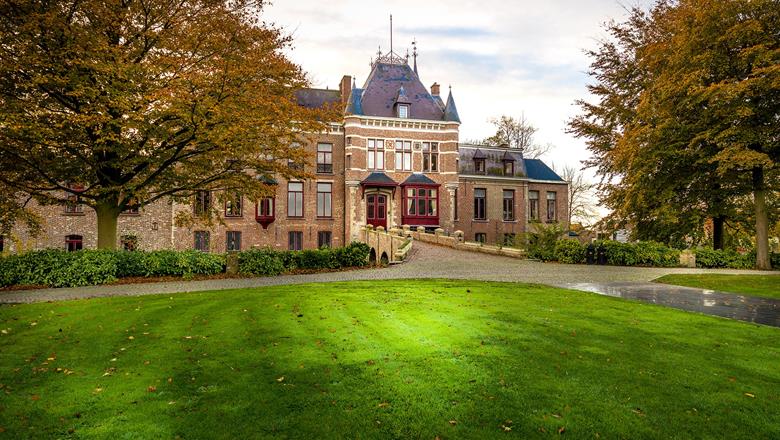 The castle of Moerkerke, which is still surrounded by water for the most part, is situated south of the church. There is not much left from the original castle. There are only some remnants in the instalments of the cellar and the wall base. The tower - in the middle of the façade - has disappeared.

In 1908 the castle has been rebuild for the greatest part. After the Second World War, alterations have been executed. Only the scutcheon and some hatchments in the main hall - in former times in the church - remind to the former noble residents. The oldest one, from Pierre de la Villette, bears his arm and his year of death in 1716.

After the Second World War, the castle is fitted up as a restaurant.